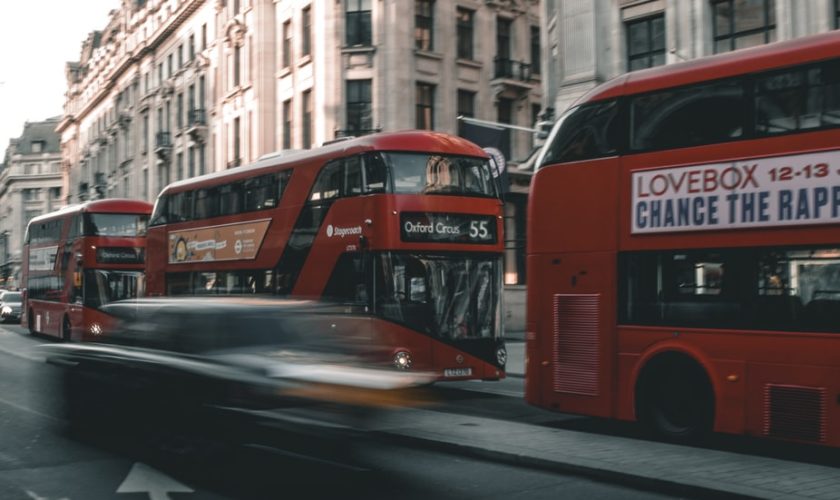 In this article, travel the world by discovering the 5 most iconic buses…

This model of double-decker bus with many different names has become the icon of the city of London. It is one of the most widely used means of transport in the British capital. The price of its one-way ticket is £1.50. Other double-decker buses can be seen all over the world: in Denmark, Turkey, Portugal and even Sri Lanka. These buses are very common all over the world and are mainly used in the tourist sector for urban tours. In London, there are no less than 673 lines of the famous red double-decker bus. Manufactured by Roberts Wright in 1946, they became widespread in the 1950s.
The double-decker bus is particularly suitable for tourists to visit the city of London. Their numerous places on 2 floors are efficient to welcome a large number of tourists but also inhabitants, being very numerous in the extended city of London and its agglomeration.

This famous yellow bus appears in many American movies and series. As a result, it has become one of the most iconic buses in the world. The school bus is specifically dedicated to school transportation in North America. Its emblematic yellow colour is mandatory for visibility and safety reasons. Each bus has a capacity of approximately 90 seats. The Thomas Built Buses company was the originator of the school bus in the 1930s. The company quickly became the segment leader after the Second World War and was acquired by the Freightliner Group in 1998.

The school bus is particularly suitable for transporting children, including those with disabilities, thanks to its large rear door which makes it easy to load and unload (from a wheelchair, for example) .
Fan of the famous yellow bus? You can buy one and convert it for around $70,000, provided you remove the “school bus” label. 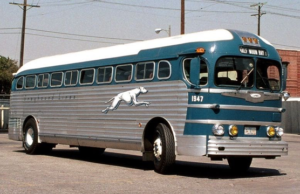 Thousands of Greyhound buses travel the roads of North America every day. They are named after the operator who operates them and serve no less than 4,000 destinations (USA, Canada and Mexico). Erck Wickman founded the company in 1914 in Minnesota.
Greyhound buses are one of the most widely used means of public transport in North America. Particularly adapted to long-distance travel, the first buses manufactured at the beginning of the 20th century were highly appreciated by passengers for their reliability, comfort and affordable prices. The 1948 GM PD4151 greyhound model is known for its vintage look, and its two-color aluminum design became a symbol of highway travel. Greyhound buses experienced an expansion and diversification of their models in the 1940s. It is on display, along with other older models, at the Greyhound Museum in Minnesota.
It is possible to book a GreyHound bus directly online or at one of the company’s many branches. 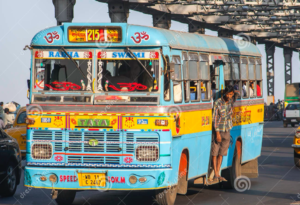 Generally very full and with rudimentary comfort, the bus is nevertheless the most used means of transport in India, the price of a trip being 5 rupees on average, which corresponds to not even 10 cents of euros.
It is not uncommon to come across buses with passengers clinging to the outside walls or the roof. The company Ashok Leyland Limited, founded in 1948, manufactures most of the buses used in the country, mostly for intercity or long-distance journeys.
In larger cities, bus fleets are often much more modern and comfortable. Some are even powered by natural gas. 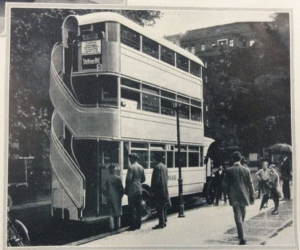 Some online images show a three-storey city bus in Berlin, Germany, in 1926. The bus is parked beside a road and a group of people. Although the photograph looks authentic, the three-storey bus never actually existed. 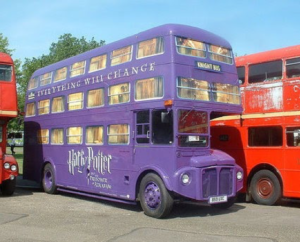 However, the “Knight Bus” from the third part of the Harry Potter saga (Harry Potter and the Prisoner of Azkaban) is well parked at Harry Potter Studios.

This article also exists in french version, on this link.