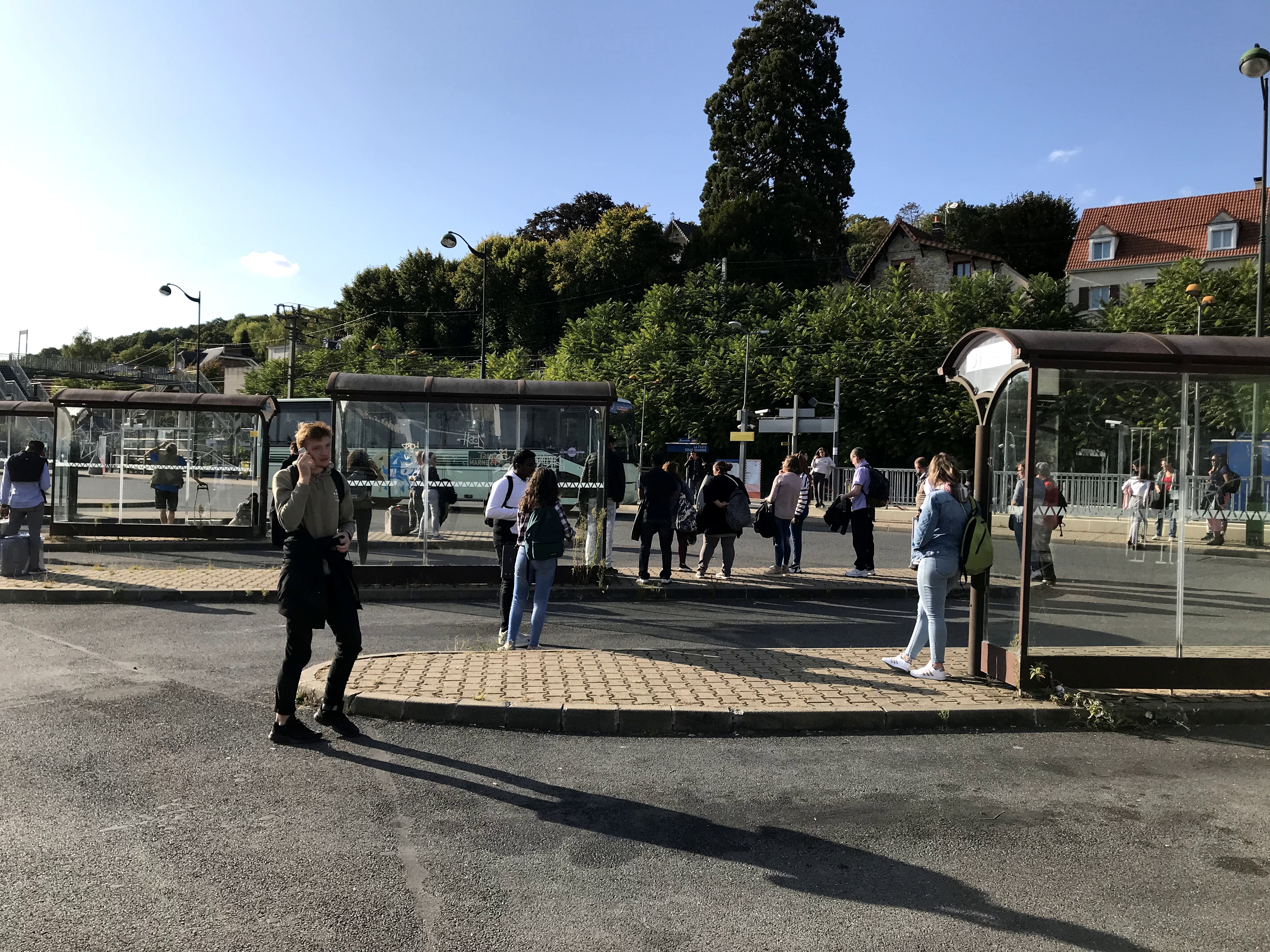 On the occasion of the 18th edition of the European Mobility Week, we’re heading east: La Ferté sous-Jouarre, to meet the users of the recently inaugurated TAD Ile-de-France Mobilités Demand-Responsive Transport network. Located less than an hour by train from Paris, the La Ferté-sous-Jouarre train station is particularly busy during peak hour. The bus station nearby is a hub for school buses to neighboring municipalities during weekdays.

Mylène, 48, is a driver of one of the Transdev Darche-Gros buses dedicated to the DRT service. She is performing her first service of the day and is waiting for the users.

I had some difficulties with the driver’s tablet at the beginning, but after a few minutes of use, everything becomes very easy. The application we use informs us of the number of passengers that have to pick up, their name and  their destination. Each passenger must give his name to get a seat on board. I find it allows to create a real contact with the passengers. Before they were hardly speaking to us. Now we even tell each other a little bit about our lives. A teenager I drive every day explained to me that thanks to the service, the custody was now better shared between her parents.

Hugo, 15, who has already had his seat on the bus, is waiting with the driver for the the passengers. Hugo lives in Rebais, 20 minutes from La Ferté. His parents heard about the service on the radio and had him download the application. Since then, he uses it every day mornings and evenings.

In general I book in advance for the whole week, since I already know my class time schedules. Before there was no transport between La Ferté and Rebais so I had to make a detour via Meaux. I had to take the Transilien and I easily lost 30-40 minutes.

Mourad, 40, who is listening to us, testifies:

I work in Paris and I live in Rebais. I use the service since its creation. As for me, it means less stress and fatigue compared to the car I used to drive to go to the train station. I had to leave it on the parking lot. In terms of travel time, it’s exactly the same. The booking? I do it on the application, it’s done in not even two minutes, everything goes very fast, it’s great.

Another DRT vehicle arrives. We talk to Nicolas, his driver. 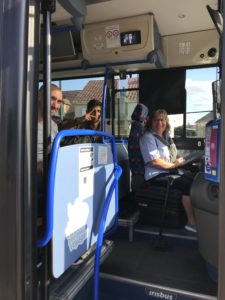 This is a service that was eagerly awaited by locals. Indeed, most of them live in small villages where you can only go by car. We may still be in Paris region and one hour from the city, it’s the countryside here. Once the rush hour is over, there is no one. The service has just been launched and there is still much to do in term of signage and communication but we see new passengers everyday. We started with 1-2 users. Now we are more around 10-12 users. People who were struggling to go home before. Most of them are kids. People say it is a service that threatens conventional bus lines but I would say the opposite. This is a good way to test the attendance of the service and then develop a fixed line if necessary. For now, we still use our big buses but we have new minibuses coming soon. They will be more suitable. Most of the time we stop at bus stops that already existed. It’s easier for the users.

Meet the users of the Demand-Responsive Transport: Le Cotentin 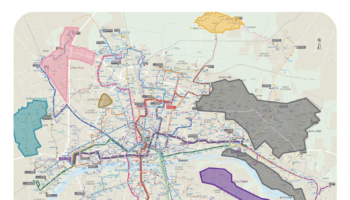 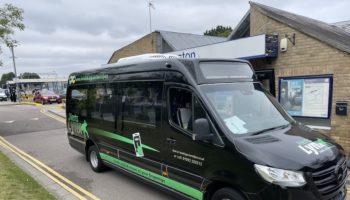 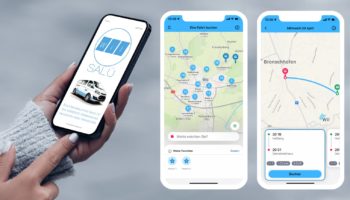